I have just bought my second Montana bow from Dan and Jared Toelke. My first was a 66" one-piece Whip, 40# @28 ", and I have had it for about three years. I LOVE my Whip, but recently decided that I would like to have something with a little more mass to it and that is easier to travel with. This new bow is a 66" TD Whip, 40#@28", with the larger 10X-style riser. (I am a 3D/field archer; I don't hunt.)
I hardly know where to start praising this bow. It is even quieter and smoother than my old Whip. (Maybe Whisper would be a better name?) I was afraid that it would take a while getting used to the larger recurve-style riser and that it might look out of place on those wispy limbs. I needn't have worried: the grip was very comfortable,  I was dropping my shots right where they belong in very short order, and the bow is  simply a joy to behold. Speaking of the grip; the joint of the upper and lower limbs is so perfectly married that you can't feel it when you are holding the bow in a shooting grip. You'd never know you are shooting a TD.
Besides being such beauties, my Whips make my job as a traditional archer much easier. I have noticed in online traditional archery blogs that the Toelkes seems to have a considerable number of devoted repeat customers. That sort of loyalty is no coincidence; it doesn't happen without a great product and super customer service. The Toelkes' prices are very reasonable, considering the supremely functional artwork they craft. There are lots of places you could go and spend more money on less bow. Not me. I am sold on Montana bows.
David Graham 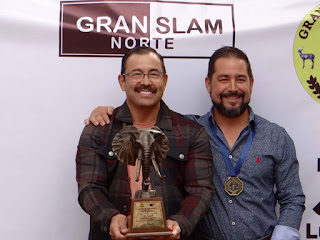 Hello Dan last Sunday I received my 1st place trophy, for having won the granslam circuit in northern Mexico during 2019, I am happy for this result, the whole tournament shoots with the longbow whistler 51 #28 , thanks for all regards. Marco 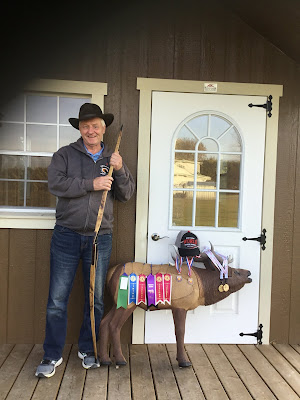 Hi Dan ( and Jared)
Just to cap off the year as to my success with my awesome Tolkie Whip that everyone raves about cause it is even better than the first one you made me last year.  My nephew wants me to will it to him when I pass on.
April won gold at Provincial Indoor 18 meter.
August won gold at Provincial outdoor 720
Sept. won 2 golds at British Columbia Sr games.
Oct. finished 4rth at Utah World Sr games.
Today won 2 seconds at a local indoor shoot.

I could not have done it without your excellent bow and the couple of tips you gave me when I was down there last year.  Much appreciated.  Still a work in progress though LOL
Cheers and best regards to the family.
Ron Wedel 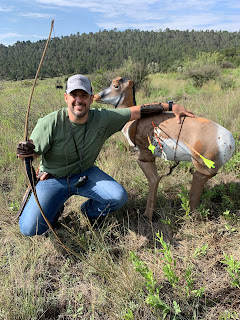 Ur Bow is out of this world !! Thanks 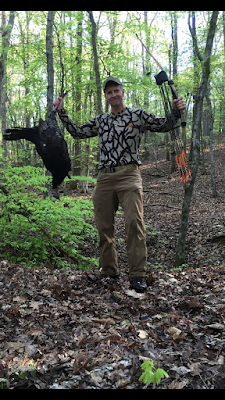 Got the new Pika  last Thursday. Shoots great!  Took it out Turkey hunting this morning.  First shot at game turned out pretty good! Just a Jake but he gobbled and acted like a big bird so I treated him like he was a big bird!
Hopefully I’ll send you many more pictures in the future.
Thanks
Rodney 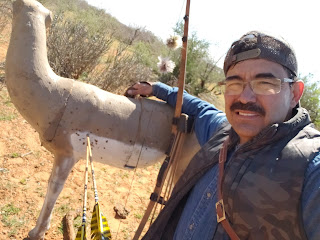 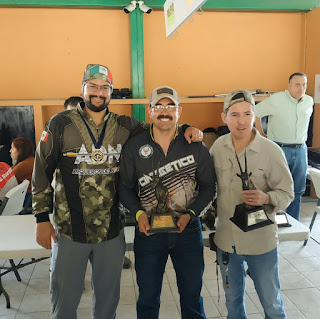 hello Dan, last Sunday, I participated in a bow tournament in Monterrey Mexico , I achieved a 2nd place., this after not having thrown with traditional in 8 years, in 15 days I managed to accommodate the bow you sold me, great bow , thank you, you are highly recommended
Marco
(marco shoots a 58" Whistler 50@27") 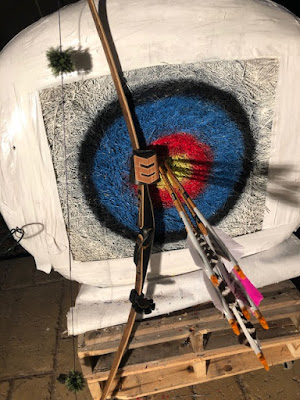 You have out done yourself Sir! The whistler is on fire this is the third group of Arrows out of the thing I have not shot such tight groups more consistently at 20yds! The Elk and Whitetail are in SO MUCH trouble! I have a great unboxing video and first shot videos that I will be uploading for you! And please use this pic and my testimonial as Toelke Montana bows are the truth! Dan YOU ARE THE MAN! Thank you so so much from the bottom of my heart! My family thanks you for the bounty to come and the beast thank you for the ethical shot placements to come! 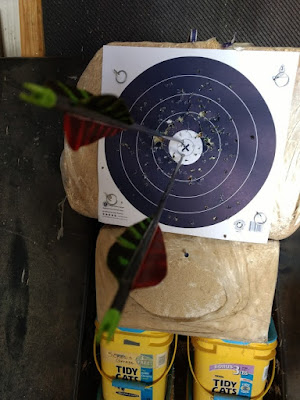 Below shows the first two arrows out of the PIKA today at around 14 yards.  This bow is fantastic!!  The arrows in the photo are the carbon express predator iis with 40 grain insert and 100 grain field point.  The amazing thing is that I can also get perfect tune with a 220 Grizzly up front giving me a 456 grain arrow and 27% FOC---I think that will be a good deer arrow out of this bow.

The cedar arrows you gave me shoot really great also.  One of the cresting lines syncs with one of the lines in the riser to show my brace height is correct---how cool is that!

Today for the first time I shot the PIKA 40@29 alongside my Whip 42@28.  You were absolutely correct, the PIKA is as smooth as a longbow several inches longer!!  Thanks again so much for the gift and your friendship!!

_________________________________________________________________________
I took delivery of my new bow ( 66" one-piece Whip, 40#@28", Texas ebony and myrtle) about three months ago. I am so glad that I decided to pull the trigger on this purchase. I am delighted almost beyond words. I use this bow for 3D shooting and some occasional field. It is butter smooth and, when I do my part, whisper quiet and dead in the hand on release. Mr. Toelke produces supremely functional works of art. I have never seen anything that exceeds his craftsmanship. Absolutely gorgeous. A Toelke bow is something you can be rightfully proud of owning. Mr. Toelke was very patient and helpful during several phone calls/email exchanges while I was deciding on the details of this purchase. His prices, considering what you are getting, are more than reasonable. I have seen custom made bows that cost half again as much as a Toelke that were not equal in craftsmanship or shootability. If you are on the fence about buying a Montana bow, I advise you to fall off on Mr. Toelke's side. You won't regret it.
David Graham

"I just received my Pika from Dan Toelke last week. The craftsmanship put into this bow is second to none. My 56" Pika @ 46# shoots like a dream. The draw is smooth and the grip... well you would have to shoot it to understand. Dan's communication and turnaround was spot on. I would recommend a Toelke to anyone in the market.  Neal" 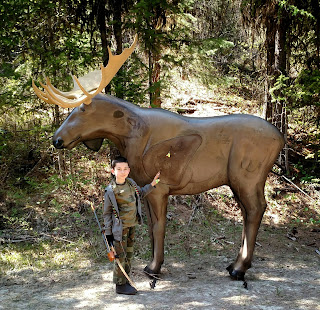 A young man showing the 10 ring hit he made with his tadpole at the Fawn creek 3D shoot! 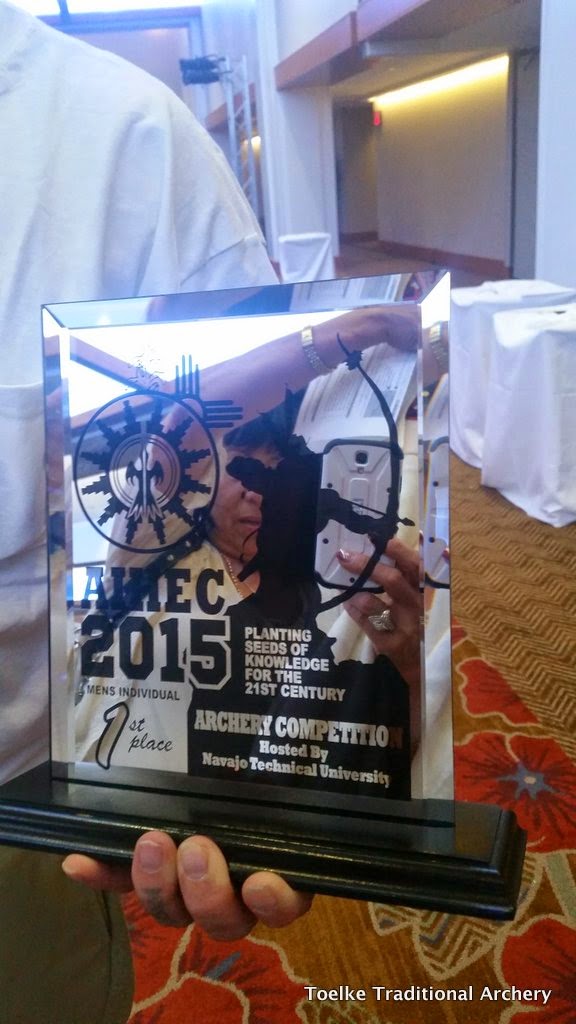 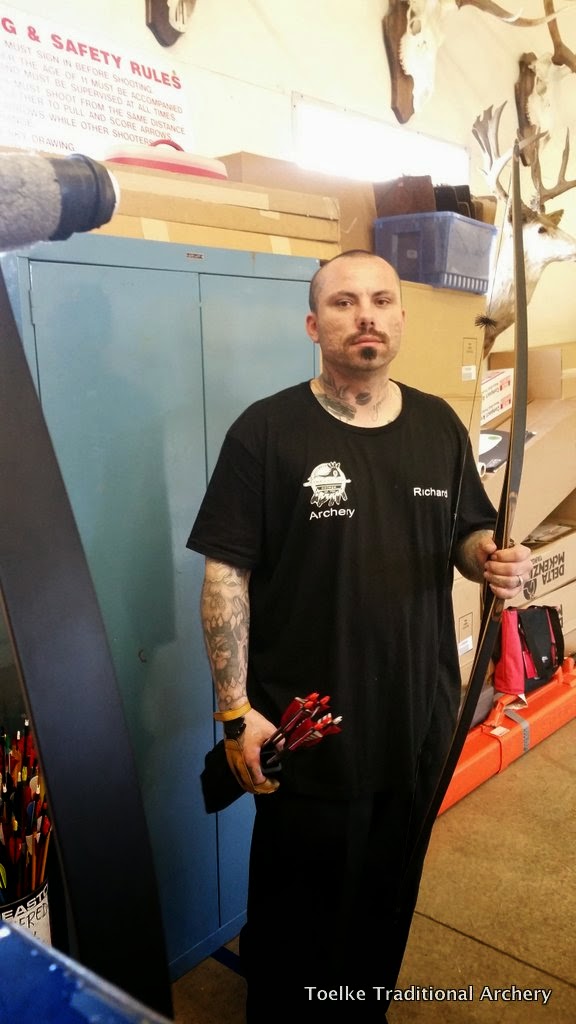 "I took 1st place at AIHEC archery comp. I out shot every tribal college in the United states with my 64" Toelke whip 50# @28". Thanks dan for such an amazing bow representing Montana with a Montana custom bow."

This bow is fantastic!  Smooth drawing, virtually silent, and the arrow goes exactly where I'm looking if I do my part.  Seems more accurate than other R/D bows I've shot.  The performance is impressive to say the least.  She loves 7" 9/16 brace and just a hair under 5/8 nock.  In all my confidence has already grown to what I would expect of a target bow... and she's a hunting bow.  That's the utility end.  You really understand hand anatomy, as the handle provides molded feel; once the draw begins it's rock solid laterally.  This allows my to actually relax the fingers and just push.

As far as looks?  How about a piece of furniture?  Does that capture the essence of your craftsmanship?  No seams, glue lines, and the core layers flow together and into the riser almost as if they were liquid.  In fact the way that the Cocobolo narrows at the fades and continues to the tips in a wafer thin core is artwork plain and simple.  Juniper is probably my favorite veneer for a limb as it reminds me of knotty pine and lodges out West.  The coloring on these limbs is striking, and my coworkers were oohing and ahhing over the entire piece, but the limbs caught everyone's attention.

Thank you again for such quick delivery; it was amazing how fast it got here.